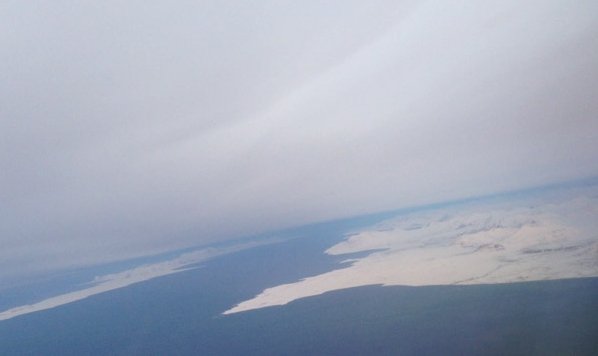 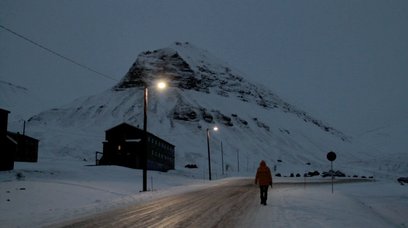 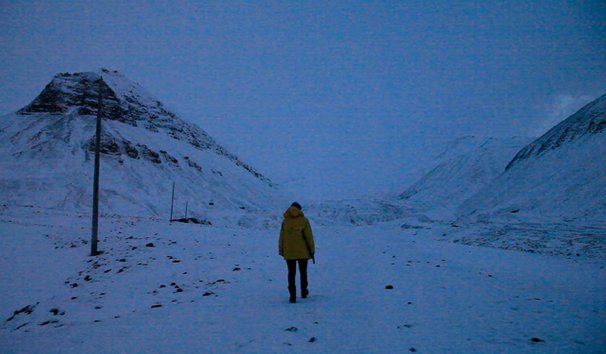 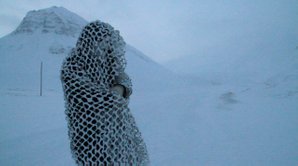 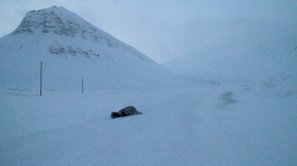 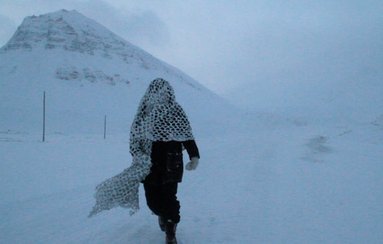 In Longyearbyen, Svalbard, there is a rule that you mustn’t leave the village unarmed, because of the many polar bears that live in the area. The border between civilized society and wilderness seems sharp. I was interested in if, and how this border could be sensed. I travelled to Svalbard twice, first in the autumn of 2014 just as the polar nights began, and secondly in spring 2015.

First trip to the bear mountains, 2014

Walk to where the village ends 2014. Documentation, film stills

Second trip to the bear mountains, 2015

Walk to where the village ends, 2015. Documentation, film stills

Trying out the snow camouflage in Hostel 102, Longyearbyen, 2015. Photo

Model of where the willage ends, 2014