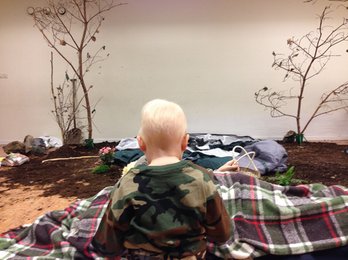 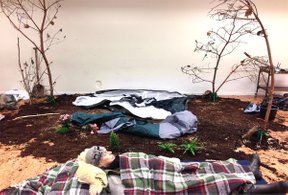 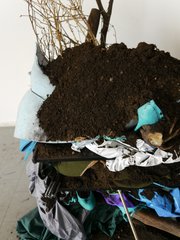 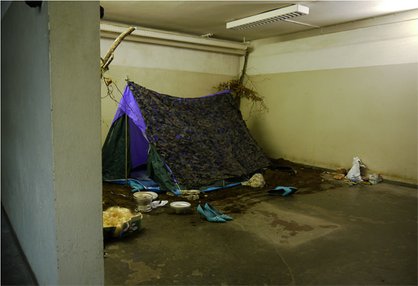 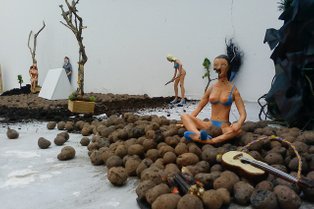 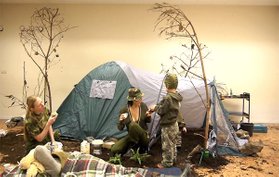 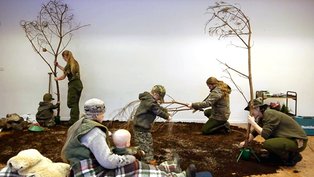 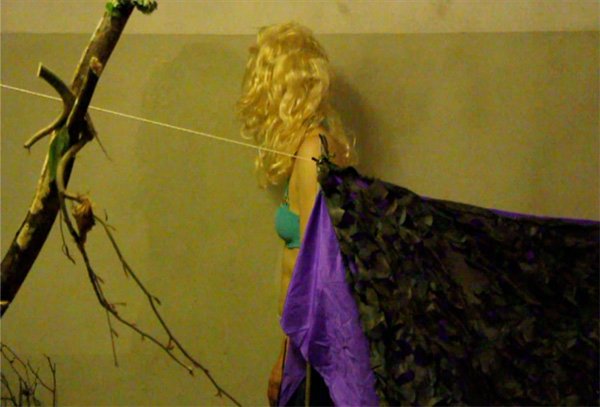 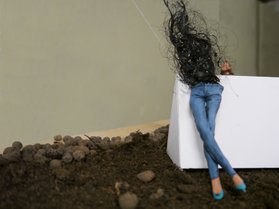 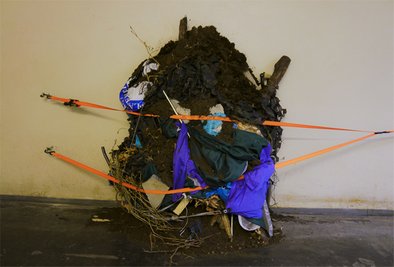 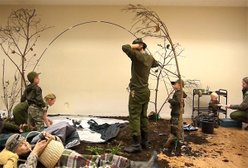 The work consist of models, film documentation, text and sculptures made of material from the try-outs.

We were doing physical exercises. The first day they said that the work was exciting. One said I was a good leader. The second day one of them said that I could be a bit harder as a leader, give them more orders about what to do. I said I thought it was OK as it was. After that we were warming up, we did an exercise where we were supposed to laugh. One participant thought it was hard to try to press out laughter in that way. I felt uneasy to ask someone to laugh when the person did not want to. And then suddenly I found the whole project stupid and impossible and I said ”let´s skip this shit”, and ended the exercise.

They thought I was angry because one of them could not do the laughing correctly. I was angry but not because of that, and they were standing in front of me waiting for me to tell them what to do next. I had to say something. I thought about that one of them had told me I could be more dominant, I should not lose control. So I said "we are going to laugh anyway", and they did what I told them to, even though they didn´t want to. We were trying to laugh for a long long time. It was extremely unpleasant. After that they were angry with me. One of them said I had behaved really bad as a leader. I felt a strong feeling of guilt. Once I heard in a natural science program on the radio, that the ability to feel guilt was developed to keep the alfa males in control. I tried to explain that it was all a misunderstanding, that I didn´t get angry with them because they could not laugh on command, that I had just been doubting myself, my position and my ideas. I got into panic and that resulted in my uncontrolled outburst. What I said did not seem to make any difference, and why should it, actually? Later that evening we were documenting the test, in bikinis, doing everything the way I had decided we should do it."

Tests, being part of, 2013-2014 are two try-outs inspired by a rewilding project led by scientists in Siberia. The rewilding project is aiming to recreate an eco-system that functions the same way as it did during Pleistocen (between 2588000-11700 years ago), before humans entered the area. Plants and animals that are similar to ancient species are planted into a brand new pre-human nature park.

Test one was carried out in Malmö 2013 together with two other artists. It was about building nature in a room, and then us becoming a part of nature. To make it easier for us to be part of something we planned to become pre-human and dissolve our egos. One method was to try to be objects. We also wanted to have a collective process. But then one participant said "I have to do other things and don´t have so much time for this". So we decided it would be more effective if I who had taken the initiative would be the project leader and organize everything, and that the project should be done in two days.

Test two was made together with a family in Västmanland, Sweden,  2014. The family consists of a mother and a father, three children and a grandmother. They all live in the same small village in the countryside.