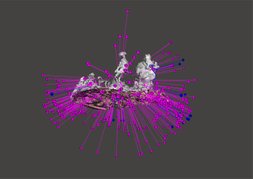 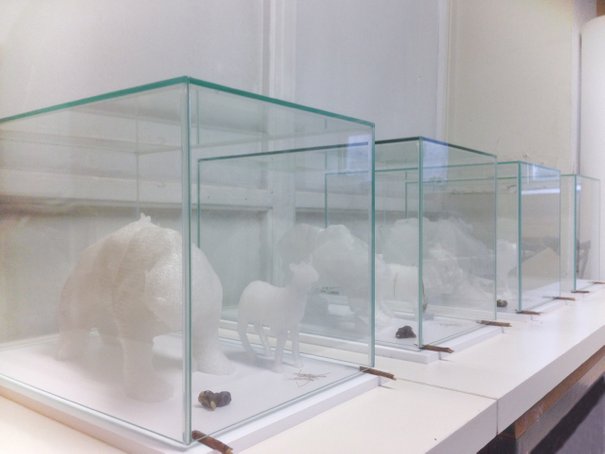 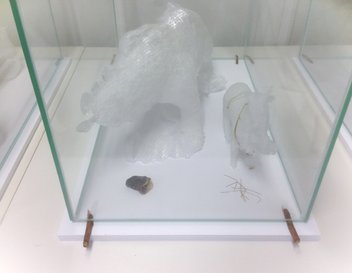 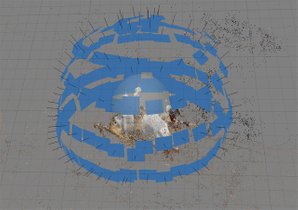 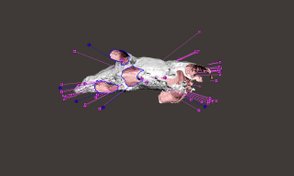 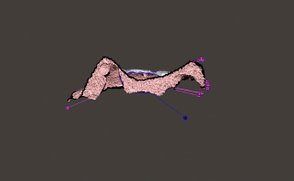 Countdown is based on documentations of the Island through 3d-prints.

The 3D technique was also used to find out what happens with the figures when reducing the amount of photos the print is based on. Holes are created where information lacks. After manually fixing those holes, it was possible to make a print based on 13 photos, where only 3 actually were accepted by the 3d-program.

Around 900 photographies were taken for the 3d-documentation of the Island, and then another 1000 photos of the individual figures. During the working period  the figures were exposed to the eyes of about 30-40 people, from many angles. The original figures on the Island will now be switched into the new 3d-printed ones, so the originals will not be seen any more.

Sensor, the island, 2015, is among other things  inspired by an experiment in quantum mechanics where it has been observed that the presence of an observer is changing a photons behaviour, just through watching it. It does not seem to matter wether it's a human observer or an apparatus. The bigger ability the instrument has in seeing, the bigger influence it has on the photons movements and the traces they are leaving.